How Christmas Became The Most Commercialized Holiday           by Penne Restad

You've got to hand it to Lucy van Pelt. She called it as she saw it. "Look, Charlie, let's face it," she barked in "A Charlie Brown Christmas." "We all know that Christmas is a big commercial racket. It's run by a big eastern syndicate, you know."

As we conclude yet another season of that commercial racket, we are tempted to think that Christmas had once been a pure holiday, full of wonder and free of capitalistic corruption. Yet there is little evidence that such a day ever existed -- and certainly not in the U.S. In fact, the American Christmas ascended to its central place on the national calendar as a result of an intense marriage between sentiment and commerce, an example of healthy, if uneasy, codependency.

In 1800, Americans recognized the holiday in scattered fragments -- perhaps with a church service, a feast or an outbreak of rowdiness. More often, Christmas Day passed unnoted. But the forces of urbanization, industrialization and immigration had already begun to effect significant cultural changes, not least a greater emphasis on the individual home as a haven from the perceived dangers of the public sphere. The home provided an orderly, moral and nurturing refuge from the increased crowding, competition and contention in the public world of commerce and politics.

It was in this idealized home that the American Christmas took shape, the scraps and slivers of various folk traditions blended to serve a religion of domesticity. The modern holiday first took form among the urban upper classes, where wives and mothers had the leisure to embroider the celebratory rituals of home life. Children hung their stockings "by the chimney with care," anticipating the arrival of Santa Claus. Evergreen trees, freshly cut and carefully positioned in the parlor, sparkled with tinsel, candies and hundreds of tiny candles. As churches caught on to the evolving tradition, sacred spaces were soon transformed by music, liturgy, pageants and greenery.

But Christmas's popularity has, from its formative years, been bound inextricably to the very tumult from which it claimed to be a respite: the burgeoning world of commerce. Rituals set forth at first in modest forms were soon enhanced through the penny press. No better example exists than Clement Clarke Moore's "A Visit from St. Nicholas," written for his family's entertainment in 1823, but soon endlessly reprinted each season in newspapers. In the years after the Civil War, Thomas Nast created a full life and more vivid body for Santa in engravings he did for Harper's Weekly magazine. Other publications printed patterns to knit for Christmas gifts; explained the etiquette of Christmas dinner; and published countless romantic stories in which orphans and widows helped less-sensitive souls understand "the true meaning of Christmas."

When Godey's Lady's Book, the most widely read magazine in the

nation at the time, published an image of a family gathered around

a small tree sat atop a table, the idea of a Christmas tree soared in

popularity. Woodsmen started heading into the forests each

December to cut evergreens to sell on street corners. By the 1870's,

parlor Christmas trees had become common, and a new industry

F.W. Woolworth -- who had already pioneered a successful business

model based on fixed prices and 10 cent inventory -- quickly saw

the commercial possibilities in importing Christmas ornaments from

Germany where, he reported, they were "made by the very poorest

a German immigrant and the inventor of a chromolithography

process, presided over a workforce of hundreds of young women in

greetings intended to be sent cheaply to family and friends

Americans with goods in every size and quality, became cathedrals

of commerce, important suppliers of the gifts necessary to take home

for family and friends.

By the late 19th century, Christmas ruled over two intertwined domains: the private and public. The lights, sounds and sentiment that symbolized and celebrated home and family had moved outward into public streets and stores. All of which led Charles Dudley Warner to say, in 1884, "We have saved out of the past nearly all that was good in it, and the revived Christmas of our time is no doubt better than the old."

These days, it is a commonplace to say that the economy depends on Christmas sales and that marketing strategies, such as Black Friday, threaten the holiday of yore. True enough. But less often noted is that the market revolution of the 19th century, and the consumer economy it created, made possible and continues to sustain what we mean when we talk about the "spirit of Christmas."

(Penne Restad is the author of "Christmas in America" and a distinguished senior lecturer in the Department of History at the University of Texas at Austin. The opinions expressed in this article are her own.) 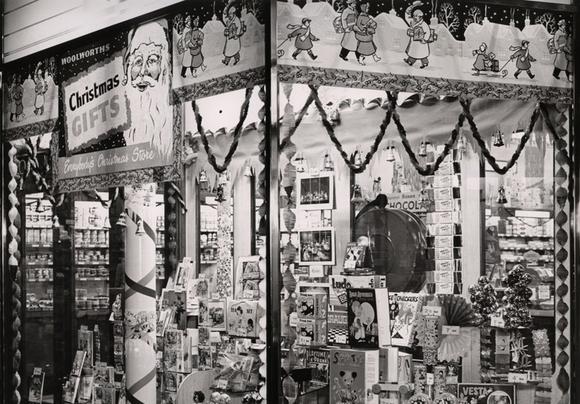