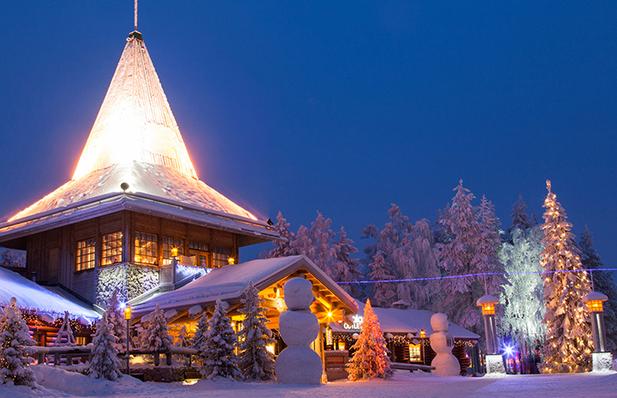 In Santa Claus Post Office in northern Finland two elves in red felt hats are poring over one of the thousands of letters to have arrived that morning. Fortified by little more than a tray of hot berry juice and spicy gingerbread, they have spent hours sorting them in pigeonholes according to their postmark. Geopolitics and the spreading global footprint of the Santa phenomenon are difficult to keep pace with. 'Do we have a box for Southern Sudan?’ one asks. 'And what about Tuvalu?’

The elves are full-time employees of the Finnish post office, but a job at this branch requires skills that would not be needed behind an average post-office counter. Leaving aside the costume, these elves have to work with children and reindeer. The previous week they had to perform an elf dance for a TV programme that has 200 million viewers in China. 'In other post offices they couldn’t handle what we handle here,’ elf Heidi confides.

The post office is on the outskirts of Rovaniemi in the Arctic Circle, a city where snow covers the ground for half the year and temperatures average around a crisp minus 10 during the winter tourist season. It is so far north that the darkness gives way to a crepuscular gloom for only about two hours a day at this time of year. Tourists come to drive huskies, ride snow scooters at high speed along frozen rivers, watch the swirling green northern lights and indulge in the Lappish tapas – a Rudolph-unfriendly combination of salmon, berries and reindeer meat.

The main function of this post office is to sort and reply to some of the 550,000 letters that arrive each year. This week, the second in December, is peak season with 30,000 letters a day arriving on flights from Helsinki. British children remain committed correspondents; a fifth of all the letters last year came from Britain, second only to Italy. 'The most polite letters are from Chinese and Japanese children,’ elf Riitta says. 'And those from Catholic countries, such as Italy and France, don’t expect so many presents. They say, “I don’t expect anything, but if you can, and if you have time...”’ Recently, the number of letters to Santa has fallen from 600,000. Nobody quite knows why. 'It’s a big fall,’ elf Riitta says. 'We’re thinking it could be the decline of letter writing.’ Finland’s Santa does not reply to emails.
Sources: http://www.telegraph.co.uk/topics/christmas/10494193/Who-answers-all-the-letters-sent-to-Father-Christmas.html