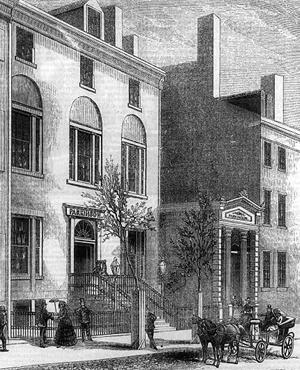 Image shows the former confectionery (building on right) with stone frieze carved “Parkinson” above one of the entrances of the double house (Kohn Mansion) on Chestnut street. Photo taken 1859, building was razed circa 1921. http://lcpdams.librarycompany.org:8881/R/?func=dbin-jump-full&object_id=8293&local_base=GEN01 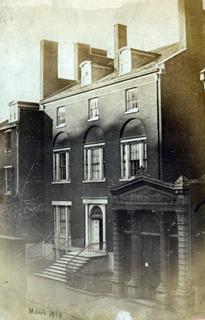