Two authors have chosen to write letters from Santa Claus (Father Christmas) to their children. J.R.R. Tolkien and Mark Twain.

Every December an envelope bearing a stamp from the North Pole would arrive for J.R.R. Tolkien's children. Inside would be a letter in a strange, spidery handwriting and a beautiful colored drawing or painting. The letters were from Father Christmas.
The Father Christmas Letters, also known as Letters from Father Christmas, are a collection of letters written and illustrated by J. R. R. Tolkien between 1920 and 1942 for his children, from Father Christmas. They were released posthumously by the Tolkien estate on 2 September 1976, the 3rd anniversary of Tolkien’s death.
The stories are told in the format of a series of letters, told either from the point of view of Father Christmas or his elvish secretary. They documented the adventures and misadventures of Father Christmas and his helpers, including the North Polar Bear and his two sidekick cubs, Paksu and Valkotukka. The stories include descriptions of the massive fireworks that create the northern lights and how Polar Bear manages to get into trouble on more than one occasion.
The letters themselves were written over a period of over 20 years to entertain Tolkien's children each Christmas. Starting in 1920 when Tolkien's oldest son was aged three,[1] each Christmas Tolkien would write a letter from Father Christmas about his travels and adventures.[3] Each letter was delivered in an envelope, including North Pole stamps and postage marks as designed by Tolkien.

One of the pleasures of being a parent is the chance to discover things you missed as a child the first time. This week I found a copy of Mark Twain's "A Letter from Santa Claus" that he wrote in 1875 for his 3 year old daughter, Susie, to see on her pillow Christmas morning.
Santa assures Susie Clemens he read the letter she had scrawled for herself and her baby sister:
"(F)or although you did not use any characters that are in grown peoples' alphabet, you used the characters that all children in all lands on earth and in the twinkling stars use ..." he wrote.
"You will find that I made no mistakes about the things which you and the baby ordered in your own letters — I went down your chimney at midnight when you were asleep and delivered them all myself — and kissed both of you ...
Our last lot of kitchen furniture for dolls has just gone to a very poor little child in the North Star away up, in the cold country above the Big Dipper. Your mama can show you that star and you will say: 'Little Snow Flake,' (for that is the child's name) 'I'm glad you got that furniture, for you need it more than I.'"
But Santa Clemens says he couldn't make out some words in an adult's hand:
"I took it to be "a trunk full of doll's clothes." Is that it? I will call at your kitchen door about nine o'clock this morning to inquire. But I must not see anybody and I must not speak to anybody but you...
I shall ask you what color you want the trunk to be. Your mama will help you to name a nice color and then you must tell me every single thing in detail which you want the trunk to contain. Then when I say "Good-by and a merry Christmas to my little Susie Clemens," you must say "Good-bye, good old Santa Claus, I thank you very much and please tell that little Snow Flake I will look at her star tonight and she must look down here" ... and every fine night I will look at her star and say, 'I know somebody up there and like her, too.'"
It is poignant to read this letter. Susie Clemens was especially close to her father, and became a writer, too. But she died of spinal meningitis when she was 24, and left a hole in her father's heart. What you can hear in the words of Mark Twain's Santa is a parent who, in this season and all others, wants to give his child the world.
"... If my boot should leave a stain on the marble," he has Santa write to Susie Clemens, "... Leave it there always in memory of my visit ...
Your loving SANTA CLAUS.”
Source: Scott Simon of NPR. 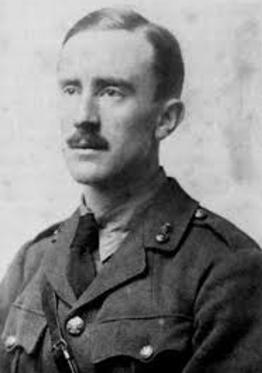 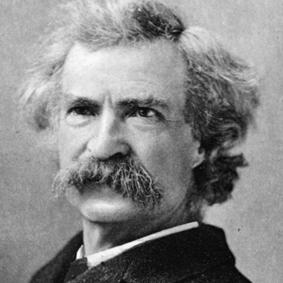