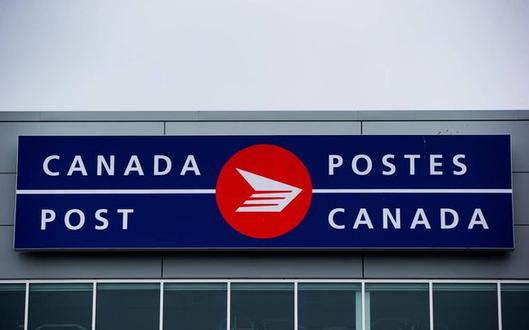 Writing a letter to Santa is a beloved Christmas tradition, and every year the elves at Canada Post work hard to ensure every child gets a personal response from old Saint Nick. This year, however, Santa's helpers are making a slight change to their letter-writing program, which means not every school kid will receive an individual response this holiday season.

Now before you start getting out your pitchforks, Canada Post has a good reason for the change.

In a note to teachers and educators, which was shared on their site, the postal service explained that they're trying to make their letter-writing program more consistent to "ensure [it] remains a special experience for every child."

"We know many kids write two letters to Santa — one at school and one at home," they wrote. "This can lead to a child receiving inconsistent responses from Santa."

Thus, to avoid an "inconsistent response," Santa will send a more generic, poster-size group letter, rather than individual responses, to classes and daycares, which will include every child's name. Children who then write individual letters to Santa from home will get a personalized response from the North Pole that won't conflict with the letter sent to them at school.

As an added bonus, Canada Post will also provide each class with a special package of North Pole seeds. "Whether you wish to use the seeds to teach your students about nature and the environment, or to simply extend the Santa magic, is up to you," they explained.

Canada Post is known for their Santa Letter-writing program. Canadian kids (and even those abroad) can send letters to Father Christmas for free using the address: Santa Claus, North Pole, HOH OHO, Canada. Those with a return address will receive a response from Santa's elves.

Last year, the postal service received a record-breaking 1.6 million letters. Besides requesting toys, plenty of kids asked the big man in red their burning questions, such as, "Does Rudolph have a girlfriend?" and "How many cookies do you eat?"

The national program has been around for more than 35 years, and in that time answers to more than 26 million letters – in more than 30 languages, including Braille – have been mailed.

For Nadia Chegrinec, a Canada Post employee, writing to Saint Nick has been a family tradition for a decade. After the Santa Claus parade, her three kids pull out construction paper and write their letter. “And it has to be a real letter, not just a list!” says Chegrinec. Her kids need to ask how Santa’s year has been and wish him well. This is important family time. “I feel as the kids are growing up, our traditions are waning, and that’s one I’d like to hold on to,” says Chegrinec. It’s also a time for the kids to reflect on the previous year.

Nadia is part of a group of six busy moms, called the Canada Post Mom Squad, who all work at Canada Post in various departments. Throughout the holiday season, they will be offering behind-the-scene glimpses of our operations, talking about online shopping, featuring gift ideas from retailers and sharing holiday shopping tips – both online and traditional. You can find the latest Mom Squad activities on Canada Post’s social media channels and at canadapost.ca/magazine.
Source: https://www.canadapost.ca/web/en/blogs/announcements/details.page?article=2016/11/17/canada_post_gearing_&cattype=announcements&cat=newsreleases