Every Christmas, children around the world write letters to Santa Claus. While the missives never make it to the North Pole, they do reach Santa Claus. Santa Claus, Indiana, that is.
The tiny town may be 6,000 kilometers south of the North Pole, but the residents are some of Santa’s best helpers. That’s because every year, these volunteer elves get nearly 25,000 letters intended for Old Saint Nick. The U.S. Postal Service ensures they arrive no matter how they’re addressed.

Ed Reinhart, who serves as Chief Mail Elf, reports, “They come in the mail and that’s all they have on them - Santa or Santa, North Pole. Some of them say ‘the guy in the big red suit’.” Other times, letters from small children arrive without a stamp or just a sticker in the corner.

Head Elf Pat Koch says the volunteers answer every one of them, and have been doing so for more than a century. "From the earliest we know is that the postmaster started answering letters in 1914 that children wrote." Santa Claus Postmaster James Martin starting answering children's letters to Santa in 1914.

By 1930, the postmaster was overwhelmed. When Pat’s father heard, he organized local veterans, the American Legion, area clergy and the high school typing classes into the first volunteer letter-writing elves. Pat started helping a decade later. These days, the elves send out one of four form letters that bear positive messages about sharing, being good, and helping others. “We never promise anything, and we never admonish anything. We just encourage,” Pat says, adding that each letter is individualized. “So they have their name on the letter and there’s something personal.”
Source: https://www.voanews.com/a/letters-from-santa-claus/3639298.html 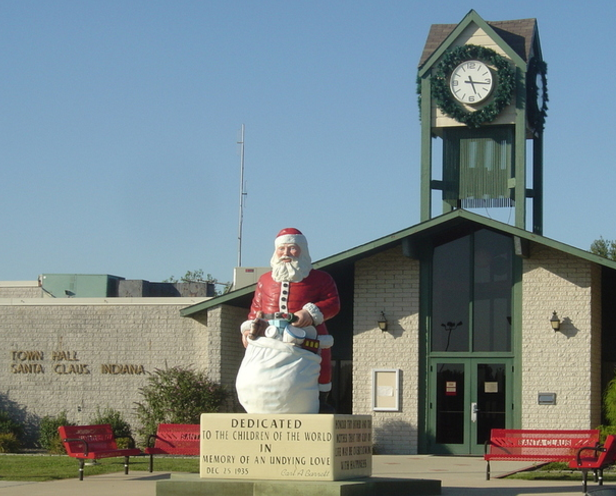