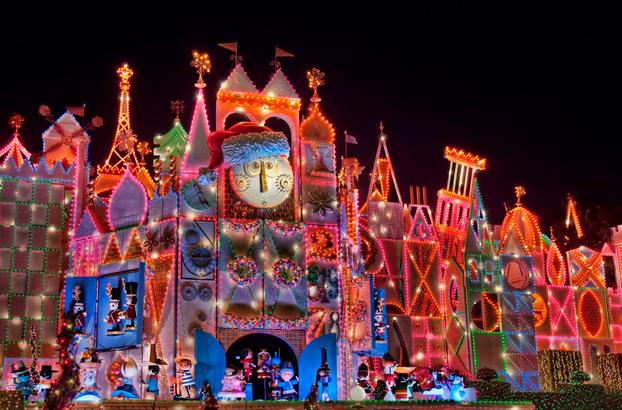 Are You Normal Around Holiday Time?
Holidays may be all about caroling and house-calling but this season more than ever Americans say there’s no place like home. But home is a little different these days. Four out of five homes in America (84.2 percent) are spruced up for Yuletide. Some 63 percent of Americans say they hang Christmas stockings in hopes of something more than a lump of coal. And 78 million Americans - 42 percent of us - plan to hang and stand under a sprig of mistletoe during the holiday season.

We’re also decorating the Christmas tree - though in more than half the households, it’s the kind stored in the basement or the attic. According to the Milwaukee-based National Christmas Tree Association, roughly 54 percent of American households that go to the trouble to display a Christmas tree have a fake one, compared with 46 percent who opt for the real thing.

Some traditions are on the wane, while others are going strong. Two out of five of us - 40 percent of the country - leave cookies and milk or some other treat for a hungry Santa who hoofs it down the chimney. And 58 percent of Americans say they’ll make at least one homemade gift for the season. Fewer than one in five Americans - 19 percent - go out Christmas caroling and when it comes to roasting chestnuts, that’s Yuletide Hollywood style. Despite Nat King Cole’s famous song about doing this on an one fire, only 9 percent of Americans say they roast chestnuts at all.

But they are stepping out. Almost three in four - 71 percent - plan to pay a visit to Santa. Three out of four families who exchange gifts at Christmas holiday open them on Christmas Day: one in four can’t wait and do it on Christmas Eve. Some 85 percent of Americans collectively send more than 2.7 billion holiday cards this time of year, according to the Greeting Card Association - twice as many as birthday cards. On average we send 38 Christmas cards a year, though married folk, women, and the affluent generally mail more.

As for New Year’s Eve celebrations, more Americans spend that night at home than anywhere else. According to the Roper Organization, in a typical year around 28 percent of Americans stay home and do nothing special at all. Almost half watch TV, while 10 percent rent a movie for the VCR. Many will be watching a movie classic. (According to Primestar Partners, the direct broadcast satellite service, “Miracle on 34th Street” is America’s favorite holiday movie, seen by 84 percent of Americans and selected as top pick by 35 percent.) Another 13 percent celebrate quietly at the home of a family member or friend. Just 25 percent party on New Year’s Eve. Almost the same number - 23 percent - go to bed before midnight.

Americans overwhelmingly say they’d rather spend the holiday season at home than on vacation (86 percent vs. 14 percent) and most would rather be with friends and relatives than alone with their significant other (83 percent vs. 17 percent.).