Music has been a feature of the Christmas season since the earliest celebrations. In 129AD a Roman bishop said that a song called “Angel’s Hymn” should be sung at a Christmas service in Rome. Another famous early Christmas hymn was written in 760AD by Comas of Jerusalem, for the Greek Orthodox Church. But, for the most part, these early efforts were chants and litanies intended for liturgical use, many of which are still in use by the Eastern Orthodox Church. (https://en.wikipedia.org/wiki/Christmas_music)

During this period the chants and ancient hymns for Christmas were not stylistically different from the music for any other time of year. The melodies had no distinct features that distinguished them from other chants for other occasions. Most had music that could be applied to any celebratory season of the year. The difference was not in the music, but in the words, words that spoke of the season, of the celebration.
(http://www.classical-music.com/article/brief-history-christmas-music)

And because these chants and litanies were mostly in Latin, they were used primarily by the clergy in conducting services, were not generally understood by the masses, and were not particularly popular with the common man. This remained the standard “Christmas music” through the 12th century. No matter, for much of the first Christian millennium, Christmas was a less important feast than Easter. In fact, little music appeared that identified either occasion. 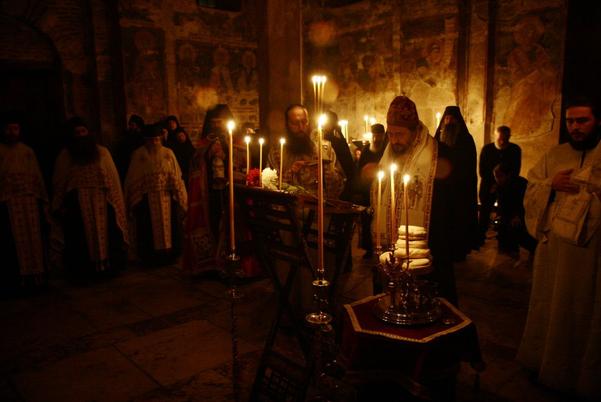