In the 20th century, carols have presented Christmas in several ways. The first is an attempt to create a link with an imagined timeless tradition (think “O Come, All Ye Faithful”). Second there is the impact of the commercial secularism of Christmas (think “Have

If you think about it, the Christmas carol is

probably the least captivating style of

occasional song. It is, in many ways, the

visiting relative of the musical world: it

shows up every year at the same time, stick around a little longer than anyone wants, and set the tone of family entertainment while they are in town.

Christmas carols have no real counterparts among the other holidays. Not Memorial Day, nor Thanksgiving, nor Halloween.

So why do we keep singing them?

secular, and obsessed with tradition. It is

an extension of the Victorian holiday, just

as today’s carols are an outgrowth of

those from the 19th century.

The modern popularity of Christmas carols

owes thanks, in part, to our  growing cultural nostalgia and the homesickness wartime soldiers felt during the World Wars. The approach grew into the norm, and a new generation of carols rose by appealing more to the Yuletide mood than to the holiday itself.

Today, in fact, an important feature of Christmas carols is that they are only nominally about Christmas. Most of us can distinguish between sacred songs (those that make some mention of Christ’s birth) and secular ones (Santa Claus, snowmen, mistletoe, “cheer,” and all manner of wassailing).

So we keep singing them because they reinforce our feeling of the “Christmas spirit.” They provide a sense of reassurance, the comfort of continuity, the pleasure of return, the knowledge that not everything we have will one day disappear. Christmas carols are our mainstream window to the past and, as a consequence, the closest thing we have to a guarantee of our own era’s future.
Source: http://www.slate.com/articles/arts/assessment/2011/11/the_long_strange_history_of_christmas_carols.html 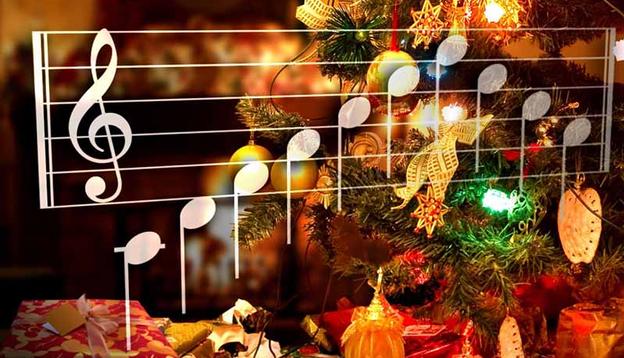 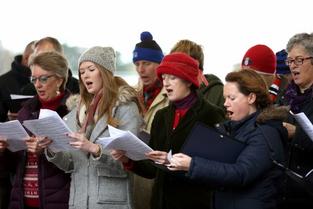 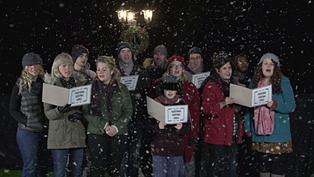 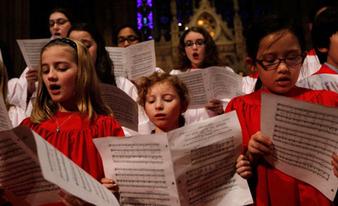