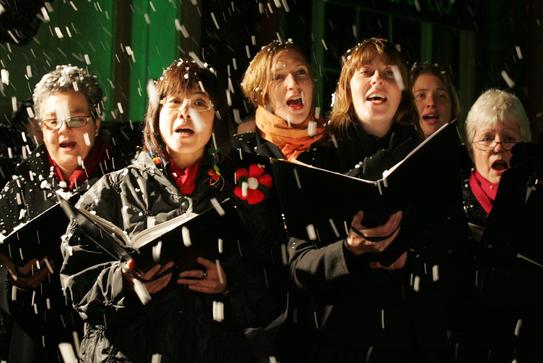 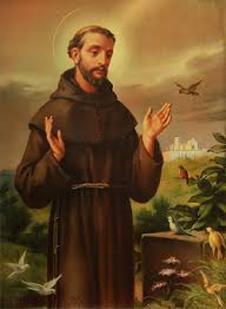 The Rise Of Christmas Carols

While the origins of the carol are complex, and disputed, somewhere in its history are Anglo-Saxon round dances with repetitive choruses, probably originating in celebrations of the winter solstice rather than the Nativity. Source: http://www.classical-music.com/article/brief-history-christmas-music

The more recent rise of carols seems to have occurred during the Middle Ages (5th to the 15th centuries) when the English gradually combined circle dances with singing and called the result carols. Later, the word carol came to mean a song that treated a religious topic in a familiar or festive style.

These early words and tunes proved handy for the Christian

proselytization of such groups as the Franciscans, who

used them for enactments of Biblical stories aimed at

In 1223 Francis of Assisi, with the Pope’s permission, set

up the first live realistic nativity scene, with animals, straw,

costumed people playing the roles of Mary and Joseph,

and local shepherds nearby watching their sheep. Francis

wanted to make the extraordinary experiences of the first

nativity scene presentation proved to be so popular that

people in other areas soon set up living nativities of their own during the Christmas season.
Source: https://www.thoughtco.com/christmas-nativity-

That notion of accessibility to ordinary people extended beyond the nativity scene. Francis believed commoners should be able to pray to God in their own language, and he wrote often in the dialect of Umbria instead of Latin. But Christmas carols remained formal and in Latin, and so, relatively unpopular with the common man.

“Christmas carols in English first appear in a 1426 work of John Audelay, a Shropshire priest and poet, who lists 25 "caroles of Cristemas", probably sung by groups of wassailers, who went from house to house.

These are not the common carols we recognize as celebrating the Christmas season. The group of 25 are divided into 5 categories with 5 carols in each category. As a whole, the carols create a narrative of faith. They honor the saints and avow fealty for the monarch. There are liturgical carols celebrating Stephen, John the Evangelist, the Holy Innocents, and Thomas of Canterbury. Female saintliness is honored in carols to Saint Anne and the Blessed Virgin Mary, and chastity is lauded in the name of the virgin saints Katherine, Margaret, and Winifred. The series ends in celebration of Saint Francis.
Source:http://d.lib.rochester.edu/teams/text/poems-and-carols-introduction

The efforts of Audelay, and others, helped to move music into popularity as a way to celebrate Christmas.

But all was not to remain well. During the Commonwealth

government in England, under Cromwell, the Rump

carols as pagan and sinful. Like other customs associated

interregnum prohibited all celebrations of the Christmas

liturgy produced for the English church recognized this in

1645, and so legally abolished Christmas. Its celebration

was declared an offense by Parliament in 1647. Puritans

generally disapproved of the celebration of Christmas. 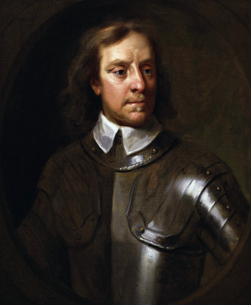